Role of the Chairperson

The Chairperson is the leader of the group and as such must have the ability to work with other individuals successfully. A good Chairperson can improve the quality of work/output of a Council immensely.

‘Of a good leader, When his task is finished, his goal achieved, They will say, ‘We did this ourselves’.’ (Loe-tse – Chinese Philosopher)

What does a Chairperson do?

Qualities of a Good Chairperson

1. Ability to conduct in a pleasant tactful manner and with complete impartiality. 2. Ability to speak clearly and succinctly. 3. Have a friendly disposition and a sense of a humour. 4. Posses the ability to think objectively, and always control emotions. 5. Have the ability to delegate responsibilities, so that the maximum number of members become involved and gain the experience.

How should a Chairperson go about the Job?

1. It is important that the chairperson has a good working relationship with all fellow officers. The chairperson is the leader of the team. 2. The chairperson needs to be thoroughly familiar with matters of procedure, with the Constitution and Rules, and with the working of the whole Organisation. 3.  The ability to delegate responsibilities is also very important. This ensures that the maximum number of people become actively involved in the running of the Organisation. It also acts as a good introduction to future leaders.
Duties before the Meeting
The chairperson should consult with the Secretary to ensure that a) Suitable premises and facilities for the meeting are arranged; b) The agenda is prepared; c) Each item on the agenda and their implications are fully understood; d) Anyone who is to report to the meeting is aware of the fact.
Duties at Meetings
1. Arrive in good time and start the meeting on time.
2. Lay out the chairs in an informal manner, in a circle or ‘horseshoe’ shape to encourage discussion and participation. The size of the meeting will determine whether this seating arrangement is feasible or not. 3. Declare the meeting open; it is not a legal meeting otherwise. 4. Receive apologies for absence. 5. Have minutes adopted and signed. 6. Deal with each item on the agenda. Take a decision on each item before moving on to the next. 7. Curtail any discussion which is not relevant to the current item on the agenda. 8. Sum up points made during a discussion. It will help when making a decision on a matter if a summary of points for and against a motion are put to the meeting.
9. When motions have been proposed, seconded and agreed, or action recommended, he/she should make sure that the Secretary has noted the information and especially the action to be taken and the person who is to take it. 10. Ensure that everyone who wants to speak on an issue gets the opportunity. It is the Chairperson’s responsibility to encourage shy or hesitant people to contribute to the meeting. If two people wish to speak at the same time, the Chairperson indicates the person who is to speak first. His/her decision is final. 11. Remember, most importantly, you are there to guide the meeting. 12. Finally, the meeting must be declared closed.
Duties after the Meeting
1. Try to mix with people after the meeting to get their views and feedback. 2. Check that those members who have been delegated responsibilities understand what their tasks involve 3. Try to give recognition and encouragement to all members, it is vital for motivation and success. 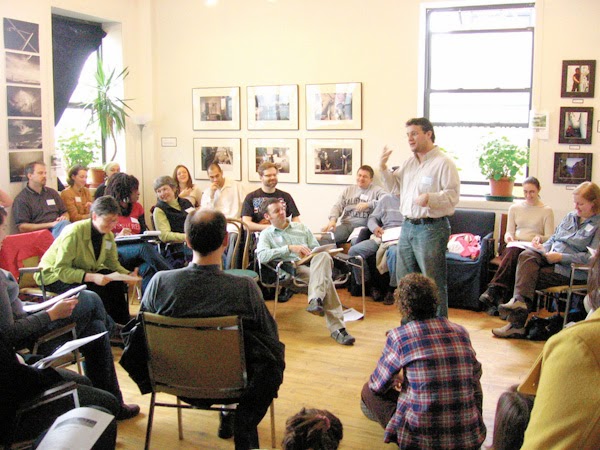 Management Committee meetings are more productive if they are planned beforehand. Responsibility for planning the meeting lies with the Chairperson along with the Secretary in smaller organisations, and with the most senior staff member in organisations which employ staff. However all Management Committee members will need to ensure they have read any papers prior to the meeting and have added relevant items to the agenda.

Plan your meetings effectively by….
Planning your Management Committee meetings easier if the purpose of each meeting is clear.
Management Committee meetings are for:
However, each individual meeting may focus on one or two issues. Is there one or more development or proposal which requires a decision? Should the financial report or the staff report be considered early in the meeting because it was at the bottom of the agenda at the last meeting and did not receive sufficient attention.
A well planned agenda should clearly communicate the purpose and objectives of the meeting.

Stages in setting up a Community Council

Community Council consists of a group of people who have been elected by all people over the age of 18 in a geographically defined area.

Before any action is taken to establish the Community Council a public meeting is held to discuss the Muintir na Tire model of community development.  If people are interested in moving forward a steering committee is set up to:

Define the geographical boundary of the Community;

Muintir na Tíre was founded in 1937 by John Canon Hayes, the first unit of which was launched in Tipperary Town in November of that year. This was the beginning of Canon Hayes’ rural community idea which was to develop and expand into a comprehensive movement designed to raise the standard of living of people in all aspects of Irish rural life. The emphasis was on local improvement – social, economic, cultural and recreational – based on the participation of people themselves in the promotion of the welfare of their community.

The organisation had three broad objectives:

1. To unite Irish communities in a spirit of community service, neighbourliness and self-reliance in
working for the common good.
2. To promote the welfare of the Irish people through an organisation or association that would be
non-sectional and non-party political.
3. To foster a sense of responsibility to the needs and problems of the local community, and to devise
programmes of action and development, especially those based on co-operation.

Initially Muintir na Tíre was a movement serving the rural community only but its all embracing philosophy of self-help and self-reliance now takes in urban as well as rural communities.
Since the outset the movement has been acutely concerned about preserving the quality of life of the people of this country and the need to create the necessary favourable milieu or environment in which economic and social and other development can take place.

From the early 1960’s the organisation adopted the United Nations definition of the Community Development process which states that it is a “process designed to create conditions of economic and social progress for the whole community with the fullest possible reliance upon the community’s own initiative”.
This process has been used widely by Muintir na Tíre for local development since that time.